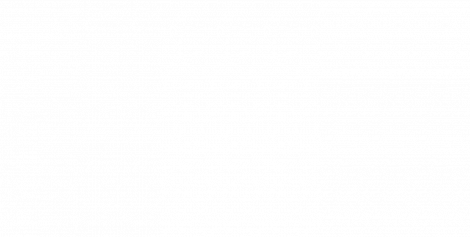 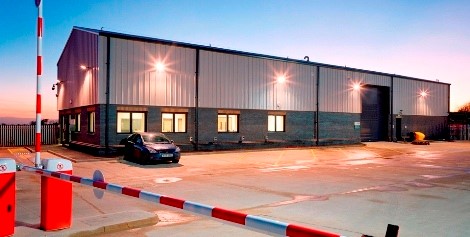 During late 2016, we were pleased to be approached by Matthew Wood, Engineering Specialist, for Western Power, North Lincolnshire.  Matthew asked for our advice for a suitable pressure washer for their award winning Spilsby Depot. 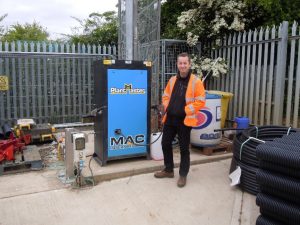 The site can be home for up to 30 vehicles of all shapes and sizes from conventional vans to specialist Hiab equipped trucks, heavy diggers / plant and Land Rovers.

Matt explained that they had been managing with a small mobile cold water pressure washer – but really it was hardly up to the job as much of the kit really does get heavily soiled.  Also we needed to take the old machine out of the building and re-store it after each use so inevitably it was used less than we would have preferred.

Western Power chose to install a Plantmaster C1, Cold Water Static machine – equipped with an internal hose reel and double lance (one conventional trigger / jet one with a brush attachment).

After 6 months in use – just about every working day – Matt reports “nothing but positive feedback” from his colleagues.  The machine is robust, powerful enough and as a static machine sited in the yard – the convenience of it means that it gets used. Matt came to us originally as he (and Western Power) like to work with local suppliers finding that service is usually best.  We are pleased to report that we haven’t let him down.